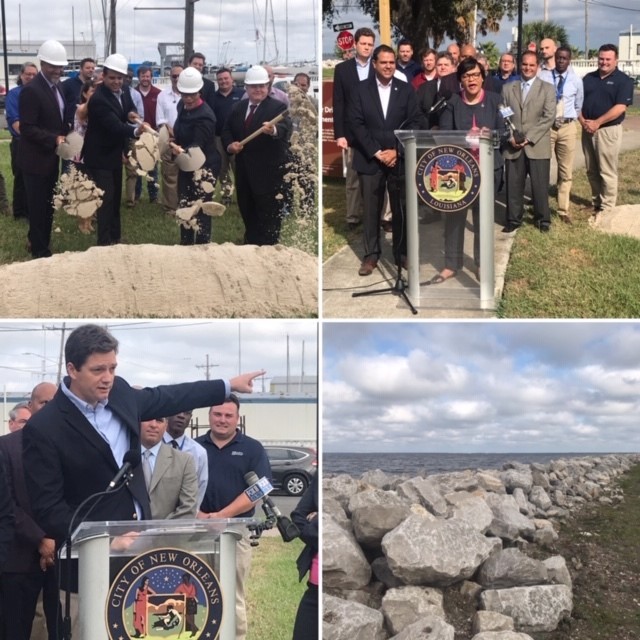 This FEMA-funded project, which extends from North Roadway to the dead end, will cover patch, mill, overlay and incidental road repair project work and is designed to remove damaged portions of the asphalt roadway and replace it with new, smooth pavement.

The scope of work includes:

Work began in July 2019 and will be wrapped up in summer 2020. Michael Chorazak of the Department of Public Works serves as the project manager. The construction contractor is TKTMJ; the designer and construction manager is All South Consulting Engineers

There is also an adjacent project, the Municipal Yacht Harbor Replacement, that’s also under construction. The improvements to the Breakwater will provide added storm protection to the City’s new floating docks marina (a $25 million investment that will be completed at the end of 2019), as well as improved integration with recreational facilities under the West End master plan.